It’s time for another edition of Wasteland Wednesday. Come and cuddle up next to the bonfire. Ah, don’t mind those inbreeder heads. I collected those to pay off some heavy writing debts I owe to the muse.

Anyways, I wanted to talk a little about the novella, The Wastelander Survival Guide, today. A very rough discovery draft has been hacked away and while I am working on the rewrites for the main book, the novella will marinate. 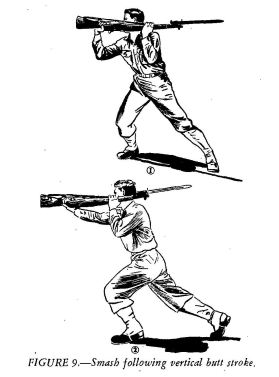 The novella features images similar to what a U.S. Army combat manual would have inside. It is also formatted much the same way.

The concept for the novella stems from the world I have created. In the main book, Drake carries around a journal (you can see it in his back pocket in the final cover art for the book) and writes tips to survive the wasteland. This, he compiled at the behest of Lex. While he’ll never admit it, he enjoys keeping this journal and it has allowed him to elaborate on his wasteland “virtues.” To Drake, these virtues are what he believes will keep a person alive (it’s worked for him).

Each chapter of the main book is opened with a tiny excerpt from Drake’s journal highlighting a virtue. The book is written in a way that these “Drakisms” help drive the story. One of Lex’s secret hopes, is that there is life outside of Middle America. In her eyes, a book of how to survive the wasteland would be essential to anyone who delves into unsettled areas.

While she wouldn’t say this to Drake, her plan it to eventually inherit the book and find a way to reproduce it. Drake’s name has become legend in Middle America and she sees the potential to monetize/trade it in some shape or form. She also believes there is life outside of the wasteland. If this is true, such a guide would be valuable to an outsider.

She also wants Drake to compile this journal because she notices a drastic down-tic in his reckless tendencies when he takes time to organize and expel his thoughts. Lex knows that there is merit in Drake’s rantings. Despite the vulgarity and rough exterior, not many people make it to old age in the wasteland; Drake has almost made it to his sixties.

Eventually, Drake’s journal does end up in the hands of someone in a “civilized” part of the world. They rewrite his journal and cast Drake as a romanticized folk hero. The rewritten version of the journal is reproduced as a survival guide for the expansionist movement into the isolated areas of the post-fall United States.

His “Drakisms” are recast as real-world virtues a potential settler should embody to combat the unknown dangers awaiting them. The chapters are very short, illustrated, and offer a very romantic look at how to survive the wasteland. Some portions are rewritten completely and deviate from Drake’s original writings.

The first book, Legacy of Drake, hints about aircraft flying overhead and unknown technologies making it over The Red (the area of seemingly impassable radiation) into Middle America. Perhaps there are other isolated pockets of people and inbreeders struggling out there? The wasteland might just be a bigger place than we realize, or it might be much smaller.

That’s it for today’s wasteland news!  I hope you all enjoyed this sneak-peak into Wastelander: The Drake Legacy and the Wastelander Survival Guide.  I’d love to know what you think and answer your questions (as long as the answer won’t be a spoiler-sandwich). Until we cross quills again, keep hiding, keep hoarding, and as always—stay alive.